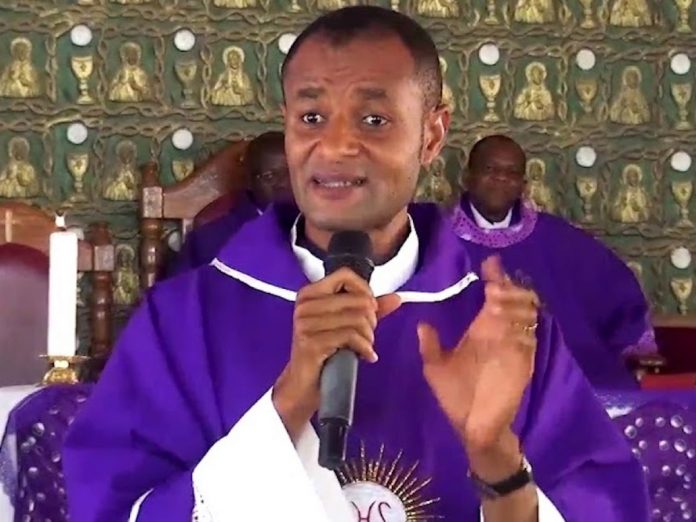 A priest of the Catholic Archdiocese of Abuja, Rev Oluoma Chinenye, has taken out time to answer one of most asked questions among Christians.

Christians and non believers at one point or the other have asked “What does it mean to eat in the dream”.

The cleric in a video on his Facebook account claimed that the problem people have is lack of understanding, adding that it is why they are easily deceived on the issue.

According to Oluoma, it is wrong to say someone is under attack when they eat in their dream or the person is possessed.

The priest said he eats in his dream and this has been happening even before he became a priest.

He said there is no place in the Bible where it was stated that eating in the dream is a symptom of a demonic attack.

Oluoma further stated that when you check your bible you would see that God fed people in their sleep.

He gave an example of Elijah that ate the food of an angel on his way to Mount Horeb.

The Priest mentioned Peter who was told in the dream by God to kill and eat.

He quoted Mark 16, where Jesus says even if they eat deadly things, it won’t harm them. He said for that reason, eating in dreams is not a bad thing.